FREE THE #BLACKPRIDE4: State Repression and the Fight for Liberation in LGBT Spaces 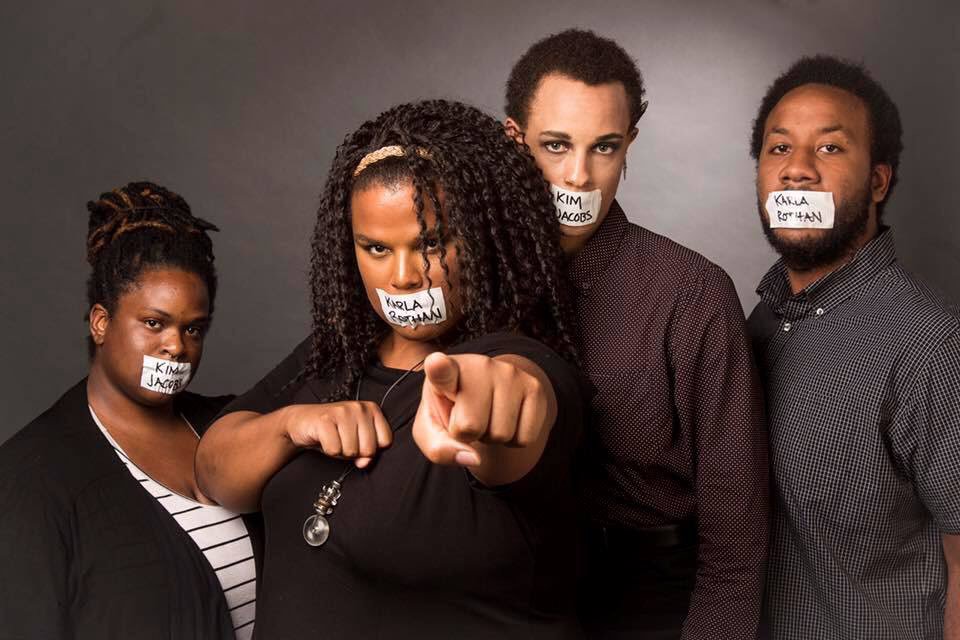 The trial has concluded for the #BlackPride4; protestors who, with Black Queer & Intersectional Columbus and in solidarity with #NoJusticeNoPride, took direct action on June 17th of last year to disrupt the pride parade in Columbus—the second largest pride celebration in the Midwest.

The direct action by the Black Pride 4 sought to draw attention to “the violence against and erasure of black and brown queer and trans people, in particular the lack of space for black and brown people at pride festivals,” and to highlight the disproportionately high number of trans women of color that had been murdered already, only six months into 2017.

For peacefully protesting police violence in a city whose Division of Police killed at least 28 people (21 of whom were black) since 2013 and is facing over two dozen lawsuits, many of which are for civil rights violations, Wriply Bennet, Kendall Denton, Ashley Braxton, and DeAndre Antonio Miles-Hercules were arrested on charges including aggravated robbery, resisting arrest, causing harm to a police officer, failure to comply with a police officer’s order, and disorderly conduct. Bail was originally set at $100,000.

As of Monday, February 12, the trial has ended and the Black Pride 4 are awaiting a verdict.

During the trial, Stonewall Columbus, the organization responsible for coordinating Columbus pride- and whose name invokes the historic protest led by trans folks of color against police harassment - had the audacity to testify against the Black Pride 4.

The fact that these flimsy, politically-motivated charges even made it to a trial is disturbing, and demonstrates the significant obstacles faced by those seeking to undo the larger LGBT movement’s collusion with systems of White supremacy, state violence, and predatory capitalism. Further, the arrest and prosecution of activists exercising their right to protest at a pride parade makes clear the ways in which the most privileged members of the LGBT community have successfully aligned themselves with the interests of the state in pursuit of protection from the very agents of state violence whose harassment of trans and queer people of color gave birth to protests that evolved into pride “celebrations.”

LGBT spaces should be spaces that value and make room for the most marginalized members of our communities and encourage and support acts of resistance like those carried out by the #BlackPride4. Not spaces where activists are criminalized and attacked for speaking out.

Organizations that choose to name themselves after the Stonewall Riots should be supporting trans and queer people of color in their fight against police violence, not testifying against them. This is a desecration of the legacy of our ancestors.

The #BlackPride4 took action to draw attention to the violence and erasure of black and brown trans and queer folks within LGBT spaces. The fact that their actions were met with criminalization, violence, and laughter from white onlookers is a testament to the urgency of their message. Like Marsha P. Johnson and Sylvia Rivera before them, the #BlackPride4 are the latest in the trans and queer tradition of those who are most vulnerable and marginalized within our communities putting themselves on the line in pursuit of liberation for us all.

No Justice No Pride sends love and power to the #BlackPride4. Ya’ll should too.