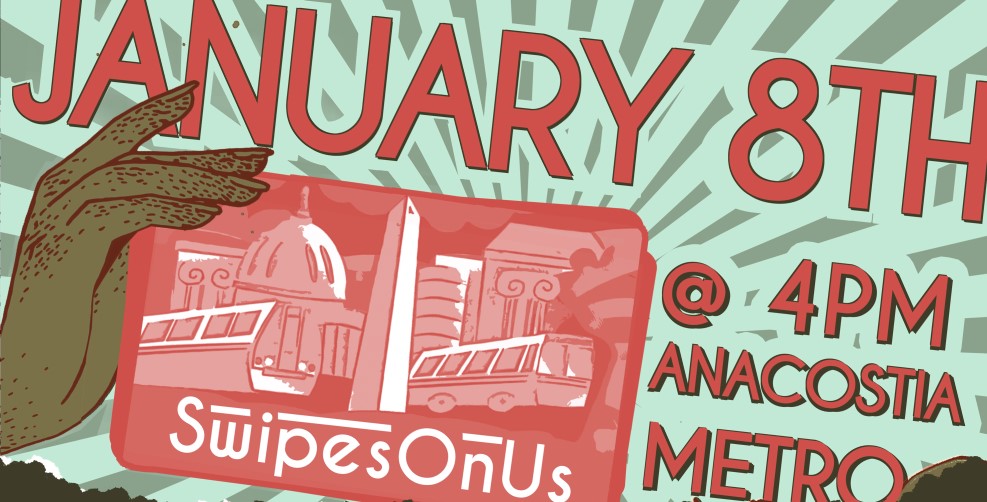 January 2018 — In response to an escalation in violent attacks from Metro Transit Police and a change in fare collection policies at the Washington Metropolitan Area Transit Authority (WMATA) that disportionately impacted Black and Brown youth throughout the District, NJNP in coalition with Black Lives Matter DC; fundraised and held a series of events providing smartrip card giveaways at stations disportionately targeted by Metro Transit Police for fare evaders. This was a part of a broader campaign to Decriminalize Fare Evasion in Washington, DC.

NJNP’s efforts within one year since forming; additionally have brought to light the exceptional need in the trans community for access to healthcare, housing, immigration services, spanish speaking language services, and employment. Rampant discrimination prevents many trans and GNC people from accessing services and basic needs.

Responding to the passage of FOSTA/SESTA

As these barriers continue to grow for many as a result of the passage of FOSTA/SESTA. NJNP has doubled-down on its work to fight back against anti-TGNC violence by providing Rapid Response Support to our familia as a crucial component of our Trans Justice Program, alongside Mutual Aid in the form of:

NJNP also started a three month pilot, stipended Organizing Training Project(OTP), developing organizing and leadership skills for trans folks of color most directly and disproportionately impacted by violence resulting from the criminalization of sex work to organize locally impacted communities and lead the movement to decriminalize sex work and make the District of Columbia a safer space for trans, gender non-conforming (GNC), and gender expansive individuals and communities. NJNP would continue to hold 6 more cohorts, each lasting 6 months; before pausing the program due to the Covid19 Pandemic and the ongoing response work. Many of the organizers who completed NJNP’s Organizing Trainings make up the current leadership. Thus demonstrating how capacity building can happen along side Mutual Aid work all while responding to a community in crisis.

You can read more about NJNP Collective Housing here.

For the last four years NJNP has been a fierce advocate for the full decriminalization of sex workers in the District. As part of this work; NJNP has often provided support work to sex workers, most notable Black Trans Sex Workers. On the 4th of July 2018, NJNP Members were providing cheese burgers and hot dogs and more to sex workers whom were working over nights on K St NE. K ST is often the scene of violence each year on the 4th of July. NJNP members were present to help keep folks safe and fed! Unfortunately towards the earlier hours on July 5th, one of our core members who were apart of this effort was kidnapped by MPD who charged her with attempted solicitation. These charges were later dropped before her required court appearance without notice.

DC Area Covid-19 Sex worker relief fund — In March 2020, No justice No Pride launched a relief fund for DC area sex workers who wer impacted financially by Covid-19. From March till June, NJNP received more than 350 requests and was able to fulfill 324 of them providing $96,575 in cash assistance. NJNP put a pause on answering requests while focusing on capacity on more sustainable solutions such as the DC Excluded workers coalition.

For a brief period of time in April, Mayor Bowser was directing calls from her Covid19 hotline to the DCMA hotlines.